Our client is a citizen of India and a New Zealand resident.  Following a car accident, he was convicted of a charge of careless driving causing injury.

Accordingly, we filed three applications on our client’s behalf in the District Court.  The first was to bring an appeal against his conviction out of time.  The second was to introduce new evidence to support his appeal. The third was the substantive appeal seeking to quash the conviction (discharge without conviction).

The Court accepted that our client had acted with urgency in filing his appeal once he became aware of the consequences that the conviction would have on his immigration status.  Therefore, the appeal was allowed out of time.

The Court also agreed that the additional support information was relevant to the appeal and could not have been properly put before the Court at the original hearing.

The Court made the following observation with respect to appeals of this nature:

[58] Immigration officers have no expertise in sentenced offenders, nor in assessing the legal base under the Sentencing Act when the statutory test warranting a discharge without conviction has been met by a particular offender on a particular set of circumstances.

The Court’s comments reflect the obligations which are imposed on a Judge under the Sentencing Act (including an obligation to consider all the relevant circumstances).

As a result of this successful appeal, INZ set aside its investigation into deportation.  Our client is now eligible to support his partner’s residence application.

If you have received a conviction or you are facing charges and you hold a temporary or resident visa, we strongly recommend that you contact one of our Immigration lawyers for advice. 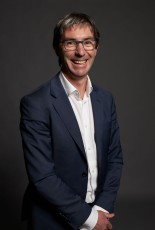